Why customer rebates are like buying cups of coffee

It may seem overly simplistic to associate the complex nature of financial accounting with a cup of coffee, but when it comes to customer rebate management this analogy makes intuitive sense for anyone who has ever tried to get a free cup of the caffeine-laced beverage.

Rebates are similar to a discount. So what’s the difference between them? Discounts are typically applied at the point of purchase to reduce the buying price: when you get a bill you pay the discounted value. It’s all very immediate. Rebates, however, are typically applied retrospectively: there’s a deferred aspect to rebates that doesn’t apply to discounts. You pay the bill for the full amount then, at some later point in time, part of the amount may get returned to you. Often certain conditions may have to be met in order to get rebates such as volume-based, special pricing agreements (SPAs) or claim-backs.

To use just one rebate example, we’ll turn volume-based discounts into one of the world’s most-consumed beverage: coffee. When I go to a coffee shop and get one free every time I fill up my coffee card it’s kind of similar. I won’t receive the free coffee unless I hit that magic target. If I fall short I get nothing. Customer rebates are similar in the sense that they aren’t guaranteed – or are only guaranteed if you’re super-confident that you’re going to hit that target. Just like when buying coffee, money flows in one direction initially. Then, at a later date, the money flows back (you get a free cup of coffee). When it comes to customer rebates, timing varies on this, but in the B2B world, rebates are often calculated annually.

Why manufacturers offer rebates to their customers in the first place

Just like that so-called ‘free’ cup of coffee, customer rebates aren’t really a hand-out. They’re actually an incentive to build loyalty and improve sales and market share. Think about it: you’re more likely to buy a Starbucks coffee if you feel like you’re earning 10% of the next one –in a way, you’re locked in. You get a discount, they get your loyalty. It’s the same with customer rebates. And, like coffee discount cards, when customer rebates are done well, everyone benefits. Distribution to customers expands and rebate discounts increase: everyone is happy. But it requires a team effort: since distribution is complex and distributors are key to getting their products to market, improving market share is not possible without both the manufacturer / supplier and the distributor / reseller / customer and the distribution network that gets the product out there. In addition, sometimes customer rebates are used in non-competitive situations. Sometimes it’s about changing or encouraging behavior in an industry such as trying to get people to go to coffee shops more often. You’re not competing, you just want customers to buy more. And more people buying = more sales = more money for everyone. But, unlike the simple cup of coffee, the rebate equivalent of forgetting to stamp your card or deciding to only take your free coffee the next time you’re in the shop, even though you’ve already earned it, can have severe financial and even legal repercussions. There are many trials and tribulations of a customer rebate program – so how can rebate accountants or financial personnel responsible for rebate management ensure they don’t fall foul of risk, fraud or ignorance of regulations? It all comes down to cash flow, accuracy, data management and reporting.

In an ideal world, accounting would be simple. People would order, buy and pay for what they needed within a defined financial period. In the real world life isn’t like that, though. When it comes to rebates, it is even more complicated since, as always, speed is the enemy of accuracy.

‍Deferred recognition is not great, from an accounting perspective

‍When the reimbursement of rebates is delayed, as it typically is, monies are often paid out only once both parties reach an agreement on exactly how much rebate has been earned. Since it often used to take so long to come to agreement on the actual rebate amounts earned, suppliers would historically pay out an unanticipated or accrued amount. As a result, the supplier’s performance in that quarter would look terrible because the money flowed out in inappropriate accounting periods.

In some parts of the world, recognising customer rebates in the wrong financial year can actually look like a way of avoiding profits, or over-stating them. And if rebates weren’t issued in the right financial year, but bonuses were issued based on the incorrect earning, that was very, very worrying – from an accounting perspective and a shareholder perspective! Incorrect profit information is bad for everyone.

‍Over-estimating indicates to your investors that you aren’t very profitable: it’s a misleading story. While you may have indicated low, then improved profitability, that is a misrepresentation. Nothing has improved in the business, it’s just that the earlier figure was inaccurate.

There are implications from a tax perspective as well – allocating rebates to different financial periods could be seen as a way of delaying tax payments. Mostly, inaccurate calculations are not done with any malice in mind: the accurate information simply isn’t available, or isn’t available yet. However, if businesses are having a difficult period and sales are down or a lot of discounts have been offered, profitability will be lower. If people are going to freak out if they see the numbers, some financial people have been known to find ways to make the numbers look a bit rosier… by deferring or pre-empting profits or losses in different quarters.

The regulation pressure is on

Historically, businesses have been known to ignore or misrepresent rebates –due to their estimated nature– to make the accounts look better. However, over the last 15 years or so, the corporate accounting rules in the USA have become a lot tougher. Businesses are under a lot more regulatory pressure to accurately account for rebates. The consequences of misreporting are severe including actually sending directors to prison! The bigger the regulation, the bigger the risk for the senior leaders if things go wrong.

The danger of inaccurately reporting rebates is massive!

Given the news articles about Tesco and SIG, businesses are understandably scared of accounting scandals. It’s no longer enough to deal with rebates in an ad-hoc or estimated way. And it’s absolutely critical to be able to prove you haven’t been incentivized to teak the numbers in some way. Unfortunately, until recently it was not possible to make completely accurate assessments of rebate payouts. Now, things are different. How can rebates stop being listed as a risk that must be disclosed in investor reports?

With customer rebate management software in place, risk is reduced

Regardless of whether you’re accruing for millions of dollars’ worth of rebates to be received (supplier rebates) or paid out (customer rebates), potential variation in the cost can have a dramatic impact on the bottom line – never mind the financial accuracy of reporting. Intense levels of transparency, accuracy and systemized processes can be achieved with the use of consistent, rule-based tools like rebate management software.

‍With rebate management software you can build trust by giving people confidence that data is being accurately computed thanks to the real-time visibility of all deals recorded on the system! And because the data is well-organized and systematically processed, you can show your working-out to the other party. Not only is it confidence-inspiring for the other party to that calculations have been done in a systematized way, it also improves customer relationships by providing a platform for mutually-beneficial negotiations. We think that’s a pretty good reason to move to customer rebate management software. So if you would like a sample of Enable’s equivalent of the latest matcha green tea latte, why not fill in a form to request a demo or even get a free trial. We think you’ll find it could be the perfect brew for you. 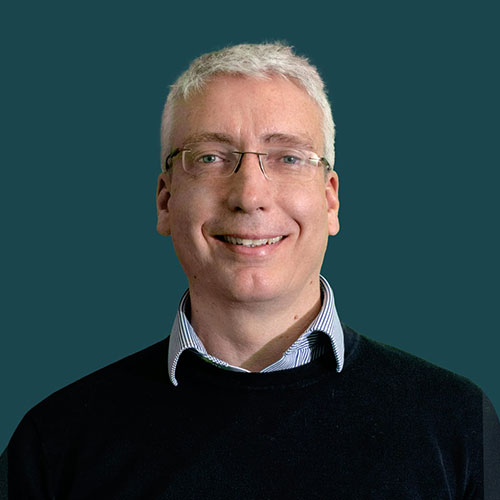 Why now is the time to consider rebate management software modernization

Although rebates are the driving force of many of today’s top supply chains. The question remains - is it worth considering rebate management... 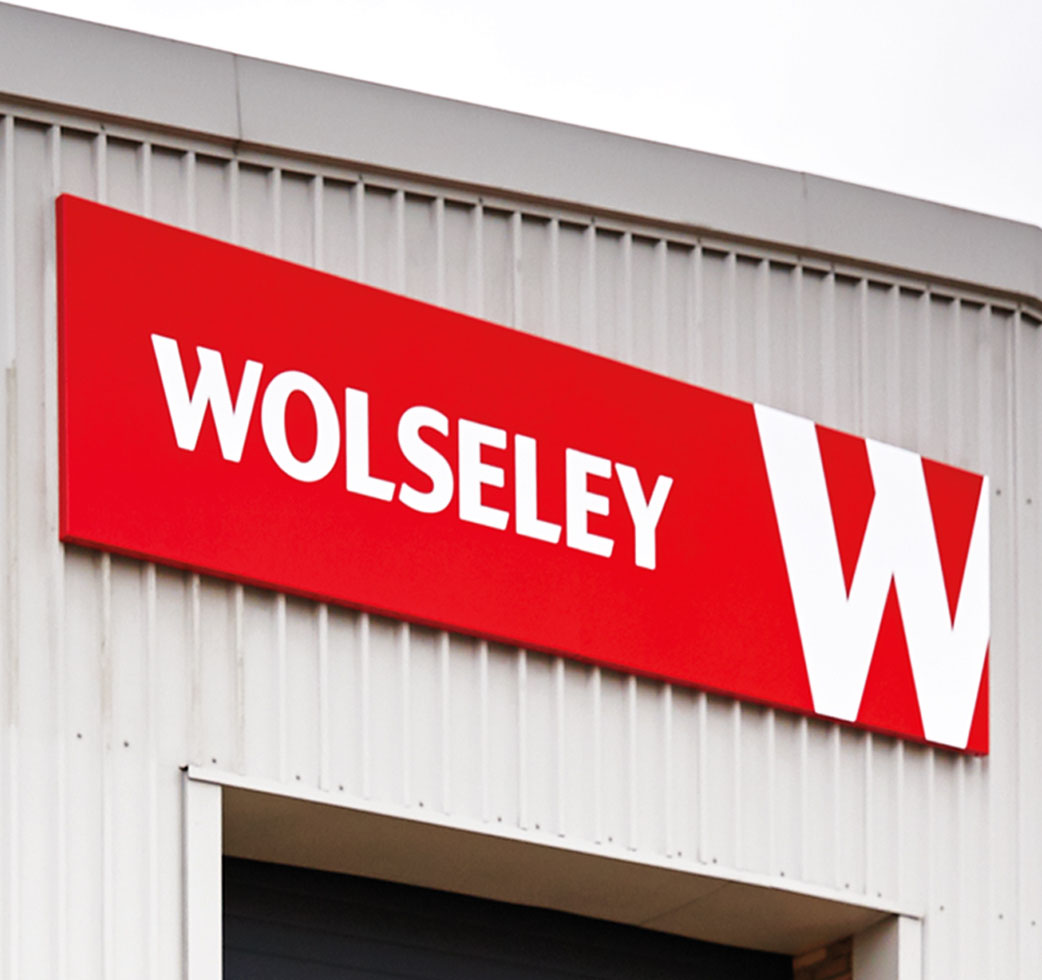 Wolseley is the world's number one distributor of heating and plumbing products to the professional market and a leading supplier of building...